With gigs all over the globe and an impressive array of highly respected productions, Alex M.O.R.P.H. is one of today’s most wanted producers/remixers in the uplifting trance genre. He's made over 70 Remixes for fellow artists and released more than 20 own productions as well as big collaborations, which all found their way into the record boxes of the worlds’ top jocks. He always tries to show his versatility in multiple aspects, including a well-known radioshow (HeavensGate on Air) and a stunning solo artist debut album. Bringing the most upfront trance music imaginable in his sets, Alex M.O.R.P.H. is able to make a crowd go wild any time. He also teams up with Woody van Eyden to perform legendary Back2Back sets the people don’t forget too soon – if ever! Read on to find out more....

Though trance was still in a rather minimal stage during the beginning of the second half of the 90's, Alex held on and started producing some of his first tracks ever. The first single under his 'Alex M.O.R.P.H.' guise was born, carrying the title 'Paysages'. Wagonloads of tunes in different styles followed. One of his first collaborations was done together with Ralf Merle, with whom he created the Badlands project. 'Let Them Know' hit followed up by two more tunes. Right at the start of the new millennium, Alex found himself a definite home for a lot of his future productions:Clubbgroove Records! With experienced label-manager Woody van Eyden looking after him, he started to craze the minds of thousands of trance fans by bringing classic after classic. Together with his production mates Markus Welt and Ralf Merle, he launched the M.O.R.P.H. name. First up was 'Supernova', but the real buzz started when 'Maximum Overdrive' started to get plays from loads and loads of jocks around the globe. ID&T picked it up and released it exclusively for the Benelux. In between, another work of art called Alex M.O.R.P.H. - 'Klangwelt' was released, this time co-produced by none less than Andre Tanneberger aka ATB! Featuring a true chill-out remix, this was definitely a big step forward in Alex's ever enhancing sound. But of course that wasn't it: two more mind shizzling tracks followed under the M.O.R.P.H. moniker. 'Consequence' and `Creatures`. By bringing inventive and highly uplifting piece of modern trance. Signum, AJ Gibson and G&M Project were the next artists to receive a M.O.R.P.H. rework, all doing the rounds in everyone’s recordboxes in no time. Another huge leap was created by the introduction of the Arc In The Sky project on the 'Creatures' vinyl, being a brand new collaboration with 2 new productiontalents Henry Nix and Matthias Gierth. The overall sound of this newly born musical baby could be described as tough and experimental, yet always retaining a melodic vibe.

In September 2003, Woody van Eyden created a new brand concentrating purely on trance business: Fenology. Because of Alex's musical knowledge and feel he was asked to stay at the newly found label, which he gladly did. Arc In The Sky dazzled the crowd with their second remix, a blasting interpretation of Woody van Eyden’s ‘Unfinished Symphony’, Fenology’s first release ever. The first few months of 2004 meant the definite breakthrough for Alex M.O.R.P.H.  The vinyl 'Flaming Clouds' entered the shops and got plays from Tiësto, Armin van Buuren, Johan Gielen and a whole bunch of other highly respected crowd entertainers.

Meanwhile, Scirocco’s ‘Scirocco’ was released as Fenology’s 3rd slice of vinyl, another ingenious project coming from the hands of Alex and studiopartner RuDee. But it seems that Alex, Matthias and Henry just didn’t want to stop, because a slightly more commercial sounding guise was set up: The Ohm Boys with the first single ‘Thinking Of You’. Meanwhile Remix requests started to reach the M.O.R.P.H. residence about every hour from labels like Afterglow, Mondo, Kontor, Discover, Above The Sky, etc. Injecting his mesmerizing uplifting inventiveness into tunes like ATB’s ‘Marrakech’, Talla 2XLC’s ‘The Air That I Breathe’ and Matt Silver & Tony Burt’s ‘Waimea’, everyone started to get more and more astonished about the quality that Alex kept on bringing out. April ’04 was another milestone, because that’s exactly when ‘Vainqueur’, the first Arc In The Sky single, was unleashed. This was not your everyday stuff: a full on stomping monster might probably be the best description, served in two mixes to suit just about everyone’s needs. More and more people started to find out about the profound quality of the Arc In The Sky productions, resulting in floordestroying remixes for Moonrush (FEN’s 4th release), J.L.N.D. (Airbase) and Icone. Meanwhile, another side-project was initiated together with Woody “WvE” van Eyden & Stoneface & Terminal Guys. The ‘Tribal Jedi’ finished their first remix for Deep Orbit’s ‘Air’, which was released on KYR Records Holland soon after.

With the end of 2004 nearing, things started to speed up in an amazing way for Alex. December ’04 was the perfect time to put out the third Alex M.O.R.P.H. single called ‘Unification’, being a very original trancer with a truly astonishing melody powered by that distinct Alex bassline and percussion, played by Ferry Corsten for months and included in his personal top 5. Alex’s style was undergoing some very positive developments; it became even more energetic, with every element carefully placed to ensure maximum response all over the globe. With this, Alex created a huge fan base all over the globe, which inspired him to create even more groundbreaking tracks.

His remixes for Mindcrusher – ‘Vision05’, Lennox – ‘Servant Of Justice’, Kenny Hayes’ ‘Ibiza Sky’ and Koris vs DJule’s ‘Sense of Time’ were all played to infinity by the number 3 DJ of the world, Armin van Buuren, as well as dozens of other jocks. Mister van Buuren liked all these tracks so much so he eventually asked Alex to remix his single ‘Shivers’. Released on Supra and Armada Music, this remix became Armin’s personal favourite mix of ‘Shivers’, as well as the fave of many, many trance fans. Just a few weeks before this, ‘New Harvest’ appeared on Trance Nation 20, mixed exclusively by Alex morph himself. Causing hypes all over the place, this became a much demanded track all over the trance scene! Again prevailing his style, but this time just slightly altered to measure with the needs of all you hungry trance lovers out there. ‘Dark Reveal’, Tribal Jedi’s first single release, saw the light of day not long after, being a dark trancer with a progressive twist.

The year 2005 also included the release of the long awaited second Arc In The Sky single, ‘Kissed’. This one once again showed that Alex is a super-diversified producer: this wasn’t trance at all, but more a meaty breakbeat affair with sinister effects, lots of badass bass and some very well fitting, strange vocal moans. Next to this, a mysterious Arc In The Sky Remix for Deep Drive’s ‘The Rider’ appeared on the UK based Recover label, as well as a new production under the Ohm Boys guise called ‘Down Under (Atlantis)’.

With more than 60 remixes, Alex has steadily become one of the trance scene’s favourite remixers. Tunes by the likes of ATB, Solarstone, Matt Darey and Andy Moor were added to the list that got the full M.O.R.P.H. treatment, one by one being supported by all the A-list jocks.

During the first few months of 2006, lots of stuff happened in Alex’s ever evolving production career: first of all, he was asked to remix artists on many high quality labels, including Super8 & DJ Tab (Anjunabeats), Jochen Miller (High Contrast), Markus Schulz & Gabriel & Dresden (Armada), Sophie Sugar (ATCR) and Tatana (Sirup). Fred Baker’s Sensation Belgium 2006 Anthem also received a powerful interpretation. Together with Woody van Eyden and vocalist Kate Peters, he also released the powerful vocal trance anthem called “Heavenly”, which was mega supported by Paul van Dyk and came with a batch of interesting remixes. But the main big thing that was going on was of course the production of Alex’ first ever artist album, titled “Miles & M.O.R.P.H.”. It features two separate CDs, one including a massive array of brand new solo productions and collaborations, while the other one is a selection of the best remixes that Alex has delivered to date. A few great, respectable and clut-trance artists worked together with him to make this a more than memorable album. Rank 1, Talla 2XLC, Woody van Eyden, Misja Helsloot, Ferrin & Low, Mike Koglin, Duderstadt and Christian Weber all sat down with him, with a few of the tunes including vocals by amazing quality vocalists like Roberta Carter Harrison, Karen Iris or Kate Peters.

The most outstanding cooperation was definitely the track “Life Less Ordinary” with Rank 1, which fhappened to result in THE club hit of the year. The list of DJs that didn’t play this tune would be the shorter one — reason enough for Be Yourself Music to release this smasher as a single in the following year, to surprise the world once again.

2006 was also a big year for the dreamteam Alex M.O.R.P.H. & Woody van Eyden. Their Back2Back (B2B) appearances in the studio and behind the decks happened to become the most powerful combination available. Remixes for D-Light & Bissen, CJ Stone, Tatana or Jon O’Bir are just a hand full of examples of remixed artists.

Even the world’s most credible dance music magazine, M8, featured a special B2B christmas CD on its December Issue — a perfect end of the great B2B year 2006.

What comes next, is the follow up to “Heavenly”. Of course this time Woody van Eyden is on the train once again. It’s not exaggerated to say that you can prepare for one of the biggest vocal trancers in 2007, featuring the voice of Michelle Citrin. Furthermore their monthly B2B HeavensGate appearance will be extended to a weekly DJ Set on radiostations all over the world! 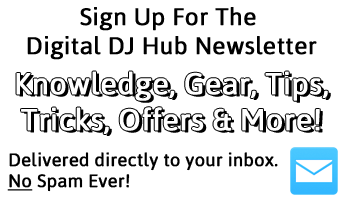